Dec. 7, 1941 - the date that President Franklin D. Roosevelt said would "live in infamy" - changed the lives of millions, including George Frazier. He is one of an ever-dwindling cadre of veterans who witnessed the attack 72 years ago.
That Sunday, Army veteran George Frazier, of Warminster, Bucks County, was driving an ammunition-laden truck across a bridge when it was strafed by a Zero. He was seriously wounded, and the medic next to him was killed instantly.
During the attack's first wave, Staff Sgt. George Frazier was heading to breakfast, heard explosions, and "wondered what the hell was going on."
"I went out to the quadrangle, a grassy area outside the barracks, and looked up to see planes circling and dropping lower," he said.
By the time the second wave of enemy planes struck, Frazier was driving the truck across a bridge when it was machine-gunned by a Japanese fighter.
The fire hit the medic next to him in the neck and struck him in the upper part of the left leg. "I grabbed my leg, and that was it," he said. "I later woke up in a hospital."
Frazier recovered in California, was discharged, then joined the Navy's Seabees. He later married a Germantown woman, had a daughter, and worked for a moving-van company until his retirement in 1994.
Among his comrades at Oahu was Alex Horanzy and Mario Chiarolanza, an Army Air Corps corporal and airplane mechanic crew chief who was heading to church when the Japanese attacked.
After the second-wave attack, Chiarolanza was ordered "to patch up airplanes and get them flyable" and he "saw the smoke rising from Pearl Harbor." At the time, nobody was sure whether the Japanese were preparing a land invasion.
More than seven decades later, Dec. 7 still remains etched in memories of many families across the region.

Mr. Frazier is a Veteran of both the Army and the Navy.He was a past president of the Survivors of Pearl Harbor, Philadelphia Liberty Bell Chapter.

​   Many of the veterans belonged to the Pearl Harbor Survivors Association until it dissolved in 2011 due to the age and ill health of its then 2,700 members.
The group's legacy is carried on by the Sons and Daughters of Pearl Harbor Survivors Inc., a 3,500-member nonprofit with chapters in 50 states and several countries.

George Frazier passed away February 14, 2016, at Lutherwoods Nursing Home at the age of 92. 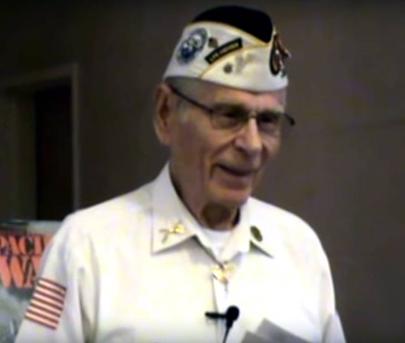 Mario Chiarolanza passed away peacefully on November 11. 2016, Mr. Chiarolanza was a veteran of the Army Air Corps during World War II.

Born at 25th and Cambria Streets in North Philadelphia, Chiarolanza enlisted at 20 and trained as an airplane mechanic. In May 1941, he shipped out for Hawaii. As a corporal second class, he was the crew chief in charge of maintenance for the 72d Fighter Squadron.
Hawaii was "pretty nice duty" before the war, he said, and hell on that December 7. He was walking to church when the Japanese attacked and took cover in a coconut grove. And practicing that faith may well have saved the life of the then-Army Air Corps mechanic who worked on P-40 fighter planes.

Heading for the church that was on the other side of the air field, Chiarolanza said he heard loud explosions coming from the area of Pearl Harbor.
"I was wondering what the explosions were," recalled Chiarolanza. "Did a ship blow up, did the ammunition dump blow up or what happened?"
Seeing black smoke rise up between Pearl Harbor and Wheeler, he thought it might have been a drill where planes were dropping practice bombs.
"About five minutes later, the Japanese bombers came over our base and the strafing started," recalled Chiarolanza. "I thought, Holy God, we are at war! The Japanese have attacked us."
Many of the men, still in bed in the barracks, were killed or wounded during the bombing and strafing. Reports indicate that 33 servicemen were killed and another 73 wounded at Wheeler that morning.

He and others immediately reported back to their squadron area for duty. Their first duty was to attend to the wounded and dying. They then secured the base and began to salvage as many airplanes as they could, in case the Japanese returned. Of the approximate 85 fighter planes on the base, they were able to salvage between 10 and 15.
"I saw the bombs dropping. I saw the airplanes exploding. I saw the guys dying. Yes, I've seen a lot," said Chiarolanza.​ 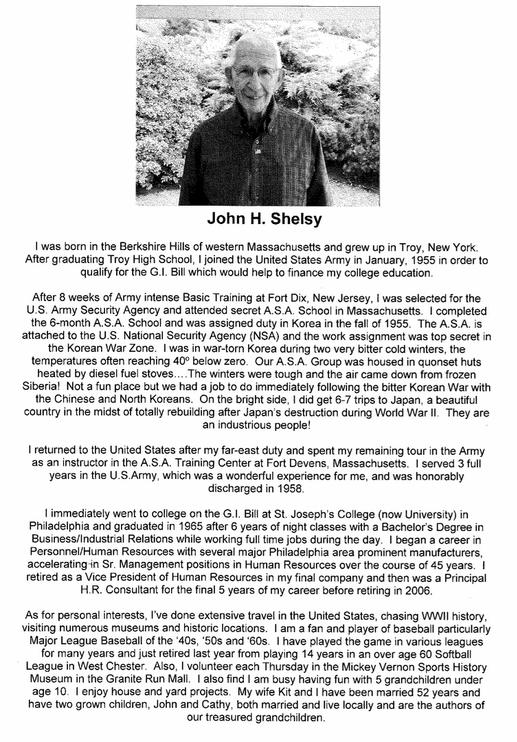 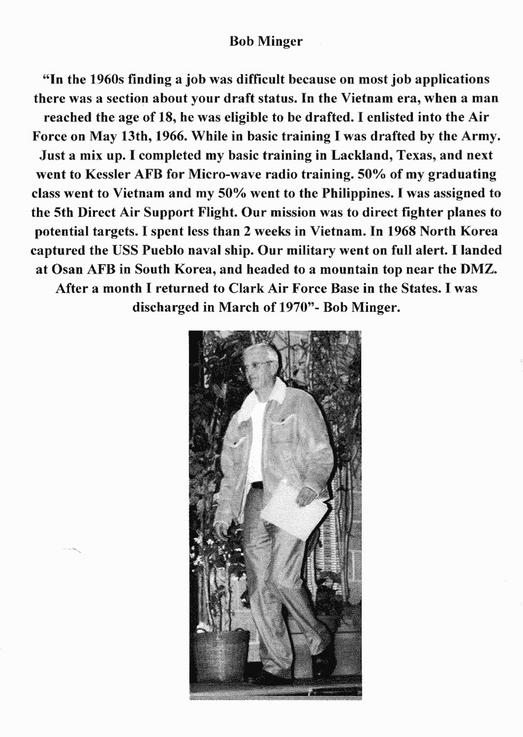 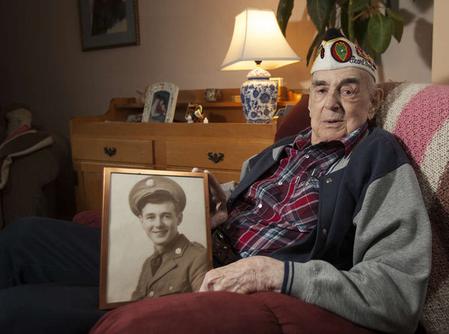 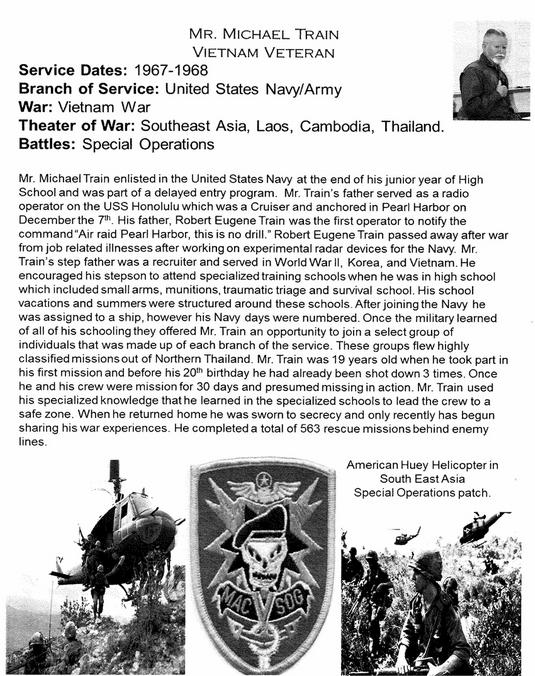 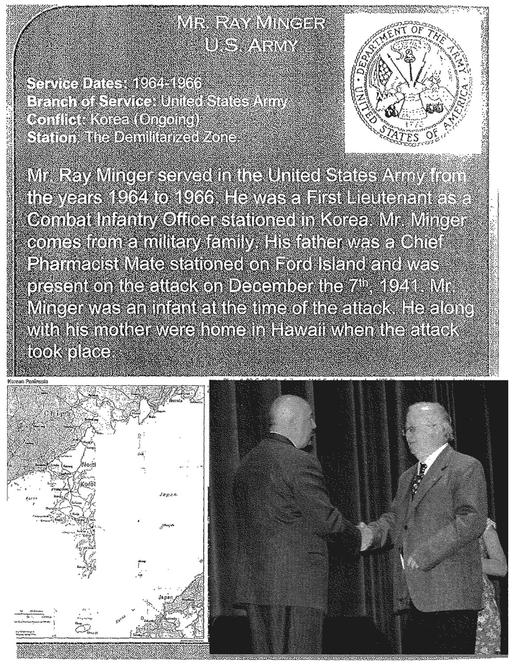 Alexander Horanzy was born on April 22, 1922 while his family was on vacation in Poland. He grew up with 6 other siblings in Philadelphia, Pennsylvania. He helped the family get through the Depression years by working as a golf caddy.  All 5 of the Horanzy boys would go on to enlist in the military.
When he was 17, Horanzy enlisted in the Army on July 13, 1939, with his father’s permission. He was sent to Fort Meade, Maryland for basic training with the 66th Infantry. During the 6 months he was there, he learned how to fire machine guns at aircraft. After serving about a year stateside, Private Horanzy requested to be shipped overseas; originally electing to go to the Philippines. Before the troop ship arrived at Fort Moultrie in Charleston, South Carolina, the quota for the Philippines was met and he was destined for Hawaii. He landed on Oahu on November 2, 1940 and was assigned to the 19th Infantry at Schofield Barracks (later to be recast as the 24th Infantry Division).

The 24th Infantry Division had just returned to Schofield Barracks on December 6, 1941 after about a week of field maneuvers on the northern end of Oahu. It wasn’t until 2 a.m. that Horanzy went to bed. Instead of sleeping in as he intended, the sound of planes and machine guns jolted him awake at 7:50 a.m.
No one expected the enemy to attack Pearl Harbor in broad daylight, but there was no mistaking it. Japanese planes were flying so low their red circle insignia and even the heads of the pilots could be seen from the ground.
Because of rumors that the Japanese were going to land on the north shore, Horanzy and his fellow soldiers were ordered to load trucks with ammunition and explosives from storage that would be used to fortify the area. When they heard the Japanese Zeros overhead, they stopped and attempted to find cover. Torn between the possibility of a bomb dropping on the warehouse or being easy targets as they ran, they never got to the ravine despite multiple attempts.
“To this day, I wonder why they never fired upon us or bombed the warehouse that was full of explosives. They could have fired upon us while we were running for cover in the middle of the open field toward the ravine, or maybe they were saving their attack for the grand prize, Pearl Harbor, in which they succeeded. I think if the Japanese had known that the warehouse was full of explosives, they would have bombed it and I would not be writing you today,” Horanzy noted in his submission to the Pearl Harbor Survivors website.
In a 2014 interview with Shaun Illingworth (Rutgers Oral History Archives Director), Horanzy read directly from an article entitled “24th Infantry in its First Attack:”  “When the day was over, five Japanese fighters had been brought down by the 24th Division’s small arms fire.  The fledgling division was the first Army unit to feel the fury of Imperial Japan and the first to fight back.”
Mr. Horanzy recalls being defenseless as everything was locked up because of the saboteur threats. About a half-hour later, they were able to get their M-1 rifles and other weapons to take aim at the second wave. While 29 Japanese planes were destroyed that day, it paled in comparison to the 164 United States planes lost and the 159 damaged (National Park Service statistics). The P-36 Hawk and P-40 Warhawk aircraft were sitting ducks at Wheeler Army Airfield.

Mr. Horanzy served as the president of the Pearl Harbor Remembrance Association, the only organization of its kind in Pennsylvania.